Linda Bove was born deaf on November 30, 1945 in Garfield, New Jersey to two deaf parents.  She grew up learning American Sign Language (ASL) and attended St. Joseph School for the Deaf in the Bronx, New York.  In 1963, she attended the Marie Katzenbach School for the Deaf in Trenton, New Jersey.  In 1968, Linda graduated from Gallaudet University with a Bachelor's degree in Library Science.

Her love for theater was only a fun hobby until she attended a summer program at the National Theater for the Deaf (NTD) in her senior year at Gallaudet University.  She decided to put her library career path on hold and joined the NTD troupe.  In 1970, she made her Broadway debut with her performances in Songs from Milkwood and Moliere's Sganarelle. Also in 1970, she met and married her husband, Ed Waterstreet, who was also a member of the NTD company.  The company received word from the popular children’s educational television show, Sesame Street, that they wanted a new face.  Linda excitingly auditioned, and not only did she get a role in the 1971 TV show, they created a character just for her, Linda the Librarian.  Linda had now, as it were, found a place for her Bachelor's degree.

In 1974, Linda received the Italian-American Award (AMITA) for her work on the television show, Sesame Street.  For over 20 years, she played Linda the Librarian and has won the title for longest-running role on American television for a person with a differing ability.  Not only did Linda provide a positive role model for both hearing and deaf children, she taught millions of children ASL on the show. Her role as Linda the Librarian lasted from 1971-2003.

The staff writers at Sesame Street were initially unsure of how to write for her.  Linda explained, "When I joined the cast I found the writers would write about 'How would a deaf person do this?' 'How does a deaf person do that?' And it was just related to my deafness and it didn't feel like they were treating me as a person.  I found my character one-dimensional and kind of boring.  It showed how brave a deaf person was to do this and that in everday life. I said it was no big deal.  I have a sense of humor; why don't you show that?  I can be angry over something.  Show that I can have a relationship with another person.  Maybe a love relationship with Bob.  It's not perfect, but... We do have misunderstandings over sign language, make fun of it, and show the funny side of it. It's OK" (Muppet Wiki).

She not only taught ASL through the television screen, but also through children's books as well.  Sesame Street Sign Language ABC with Linda Bove is Linda's ode to teach ASL words and letters to children.  The book is geared for preschoolers to children in third grade and is described as an asset if shelved with regular alphabet books.  Each letter is in both capital and lower case with a color photo of Linda Bove showing the sign for the letter with a sentence and colorful pastel drawings of Muppet characters dramatizing the word.  A highly recommended piece by the School Library Journal appears on the inside flap of the book.

While working as an actress on Sesame Street, Linda appeared on the soap opera, Search for Tomorrow and the television show, Happy Days playing Allison, a deaf girl with whom Fonzie's falls in love.  In 1991, Linda co-founded Deaf West Theatre (DTW), a Los Angeles sign-language theater with her husband, Ed who became the Artistic Director.  DWT productions feature deaf and hearing actors telling stories together in a seamless ballet, using ASL, and spoken or sung English.  They offer a cultured experience that greatly influences mainstream perspectives and the ability of individuals who are deaf or hard of hearing.  DTW is recognized as the premiere sign language theatre in the United Stated and consistently sets the standard of innovation for inclusive theatrical experiences of the highest quality.  DWT was the first intimate theatre company in the history of the LA Stage Ovation Awards to win both Best Play for A Streetcar Named Desire and Best Musical for Oliver! in 2000.  Also in 2000, it won the Polly Warfield Award for Most Outstanding Season.  Its contribution to the bi-lingual and bi-cultural education programming is unparalleled and Ed, Linda's husband, accepted the International Fete d'Excellence Gold Medal Award for Cultural Education in Theatre in Geneva, Switzerland in 2002.  The past 20 years have proven to be a testament to DWT's devotion with its sustained excellence demonstrated by the 2003, the Tony Honor of Excellence, and in 2005, the US Department of Health's Secretary's Highest Recognition Award for bridging the gap between the deaf and hard of hearing through theatre.

Deaf West Theatre (DTW) also has created an outreach program, Dramatic Gestures, that raises awareness of Deaf culture within the Los Angeles school system by offering performances for middle and high school students.  It provides access to the professional theatre and in-school workshops with a deaf teacher serving as a role model for ten weeks at a time.  It also provides the program, ASL Story Time, to over 1,500 elementary schools annually.

Today Linda is still working in the acting industry with various organizations including her own, DWT and will sometimes perform with her husband, Ed.  She supports the organization called the Non-Traditional Casting Project, that assists in the casting of minorities and people with perceived disabilities.  Her contributions and influences make her a role player, literally and figuratively, to the Deaf Community. 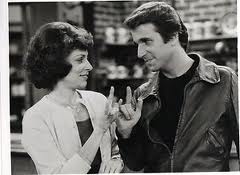 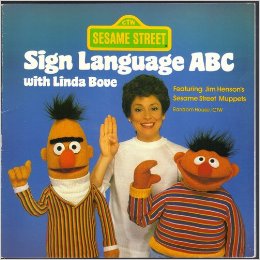